8 Fired Executives & What You Must Avoid

Even senior-level executives and celebrities are not immune to being terminated from their jobs. Listed below are 8 true stories featuring some high-ranking executives and CEO's, whose careers have been altered forever because they committed the cardinal sin of "fudging the truth."

COMPANY/EMPLOYER #1: IBM's Software Maker Lotus Development
EXPOSED EXECUTIVE: Jeffrey Papows, former IBM President
THE LIE: He "fudged" his academic and military background by stating he was a pilot, he was promoted to the rank of Marine captain, and he earned his Ph.D. from Pepperdine University
THE TRUTH: He was an air traffic controller (not a pilot), he was a Marine first lieutenant (not a captain), and his Ph.D. came from an unaccredited correspondence school
THE CONSEQUENCE: He was forced to resign from IBM

COMPANY/EMPLOYER #2: Food Network's "Dinner Impossible" TV show
EXPOSED EXECUTIVE: Robert Irvine, British-based Celebrity Chef
THE LIE: He claimed that he designed Prince Charles' and Princess Diana's entire wedding cake in 1981
THE TRUTH: He attended the school where it was made and picked fruit for the cake; that's all he did!
THE CONSEQUENCE: He was fired from his own show in 2008

COMPANY/EMPLOYER #3: MIT - one of the world's most prestigious universities
EXPOSED EXECUTIVE: Marilee Jones, former MIT Dean
THE LIE: She claimed to have earned a Bachelor's Degree and a Master's Degree
THE TRUTH: She has no college degrees whatsoever!
THE CONSEQUENCE: She was terminated from MIT after 28 years of service

COMPANY/EMPLOYER #4: Salomon Smith Barney (an investment firm)
EXPOSED EXECUTIVE: Jack Grubman (Wall Street's then-highest-paid analyst)
THE LIE: He said he studied at MIT because MIT is extremely prestigious
THE TRUTH: He really attended Boston University
THE CONSEQUENCE: Although he was not fired for lying on his resume, he deliberately misled investors. When this was discovered, he was subsequently fired, slapped with a $15 million fine, and banned by the SEC (Securities & Exchange Commission) from the securities industry for life

COMPANY/EMPLOYER #5: Notre Dame Football Team
EXPOSED EXECUTIVE: George O'Leary, former Notre Dame Head Coach
THE LIE: He said he had a master's degree from New York University and was a football superstar in college
THE TRUTH: He attended New York University but never graduated. Also - and incredibly - he never even played one single football game!
THE CONSEQUENCE: He resigned 5 days after this lie was revealed

COMPANY/EMPLOYER #6: A Norwegian political party
EXPOSED EXECUTIVE: Liv Løberg
THE LIE: She claimed to be a registered nurse with 2 degrees
THE TRUTH: This high-school drop-out only had 1 year practical nursing education
THE CONSEQUENCE: She was sentenced to 14 months in prison for lying on her resume

COMPANY/EMPLOYER #7: RadioShack
EXPOSED EXECUTIVE: David Edmondson, former CEO
THE LIE: He said he had earned 2 degrees (Psychology and Theology) from a California-based school
THE TRUTH: He only finished 2 semesters in Theology, so he never earned a degree. In addition, the school he actually attended - Oklahoma-based Heartland Baptist Bible College - does not even offer a Psychology major
THE CONSEQUENCE: He resigned in disgrace

A Yahoo! shareholder sums it up best when he wrote:

"If Mr. Thompson embellished his academic credentials, we think that it (1) undermines his credibility as a technology expert and (2) reflects poorly on the character of the CEO who has been tasked with leading Yahoo! at [a] critical juncture. Now more than ever, Yahoo! investors need a trustworthy CEO." 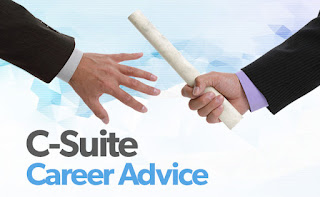 Don't justify lying on your resume with such excuses as feeling insecure, thinking it is acceptable to misrepresent your education, or rationalizing, "Everybody's doing it." It is selfish and thoughtless to accept a role that you are not qualified for. You suffer, the company suffers, and its customers suffer. A sad situation - that might put you in prison!

Ensure that you avoid job-killing mistakes like the ones above - and many other blunders that can ruin your chances of landing that juicy executive position. Look into this highly-recommended authority - one of the best executive resume writing services - who can increase your prospects of entering the C-suite... read more...
Posted by Don Glass